Get Great Deals on V2 Products

Use our Coupon Codes

Just Click the link below to see all the special V2 offers we have.

This was a big release for V2 a lot of expectations and hopes were riding on the larger size. With that larger size it has included many changes, in a positive direction for: battery life, cartridge size, and general vape usage. The design is still very sleek fits in the hand nicely and has that great smoked filled drag that people have know and love about the two Pro series 3. If you had a serious Pro 3 and your battery was running out before the end of the day or having to refill your cartridge with liquid too often those days are over.

Series 7 is here! With a lot of bells and whistles.
Right out of the gates with the battery at 2200 mAh we have a winner. With the battery that lasts a real vapor all day! With almost triple the battery life of the series 3 it leaves you vaping for hour after hour. 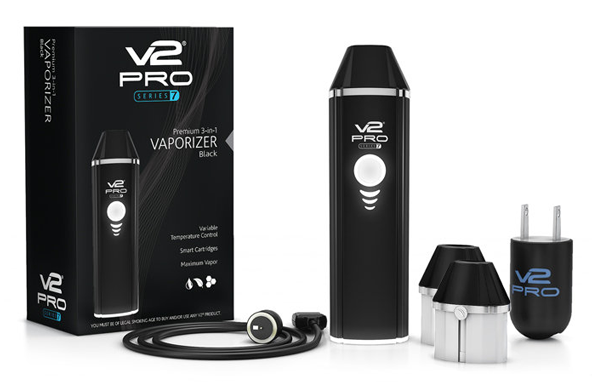 With the carts that come with the V2 pro series 7 you will be set for liquid and herb vaporization. I let a friend of mine get his hands on my series 7 and it’s herb cartridge lets just say it was hard to get back. I sent my friend home with the unit for testing of the herb capabilities for vaporization and he text me back saying “Man, this thing is a dream. Way more flavor”. Sufficient to say he ordered his own V2 series 7 Pro that night.
Chris wrote:

I have been a long time herb smoker but have never tried vaporizing. I usually smoke alone so in the past, it made the most sense to use pipes. While probably better than inhaling burnt paper smoke, I was still concerned about how much butane I inhaled when using a lighter every toke. And so, I started looking into vaporizers. Until recently, herb vapes I’ve seen have been these clunky plug-in boxes that plastic bags that fill with vaguely cloudy smoke and that was a turn off for me. I usually medicate outside so it wasn’t an ideal situation. Of course, the price was an issue as well. Some, including the gold standard “Volcano” vaporizer, can fetch over $400.

I had wanted to try vaporization before I got a chance to try V2 Pro Series 7. I was finally able to get my hands on a stick vape that is battery-operated. Upon opening, I was impressed with the feel of the V2. It had a sleek look and solid feel. I couldn’t wait to try it out. I charged it up and prepared my herbs. In order to get the most out of your product, the herb needs to be ground very finely. It also works best if you avoid packing the containment vessel too tight, but you don’t want your herb loose in there either. Once you lock the lid in place, you hold down the button until the light comes on signaling the oven is warming. Once the oven warms to the set point, the light turns greenand is ready to use.

The first thing you immediately notice is the flavor. Herbs vaped in the V2 taste so much better than smoking a rolled herb cigarette. The after taste can linger for several minutes after your session. It has really changed my appreciation for the premium herbs I spend my money on. The nuances of flavor are totally unmatched by traditional smoking methods. The next big plus for me is the drastically reduced amount of smoke and consequently, smell.  Unlike the billowing clouds of steam-like vapor I see people get from their liquid e-cigs, the V2 does produce smoke. The smoke has way less of a cloud than toking traditionally, and I’venoticed that the burn smell dissipates much more rapidly. Lastly, I like that the stick itself has much less residual odor than a roach or a pipe. It’s not something you would want to carry in public, especially when the vape had been recently used, but it does feel more discreet than rolled cigarettes or a pipe.

This would not be an efficient item to pass around a group of friends. You would most likely have to reload it too often, though I have passed it between a couple friends before. I’m a relatively light-smoker, and I’ve found that a fresh bowl can last me 2-3 sessions alone. I turn off the burner once I feel satisfied. Left to burn to the end of the cycle would probably go two sessions per bowl as a max. You notice the vapor becoming lighter and lighter until not much is exhaled at all. What’s left is a toasted herb that resembles tobacco.  I keep the used material for hard times and I’ve heard there is enough residual intoxicant to be used to make butter for edibles.

The battery life has been as good as could be expected. I would guess that the battery lasts a good four or five days at this point, but again, I am a light user. For someone who just takes a couple of hits after work in the evening, I could see the battery lasting up to a week. At least so far, as I have only had the unit for about two months.

Overall, I have been very impressed with the V2 Pro. My main regret would be that I hadn’t tried it sooner. I really enjoy the increased flavor profile of my products vs traditional use, as well as the increased discreetness. 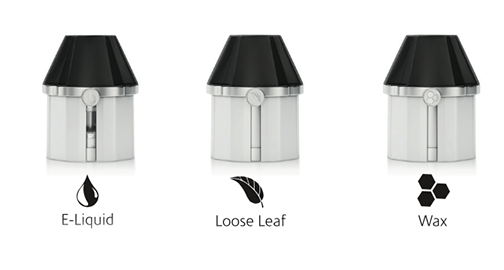 This V2 series 7 Pro has outperformed on every level and expectation I had for it. I now am able to use it as my all day vaporizer.
Unfortunately V2 is not giving Affiliates and Discount Code to Offer you guys on the V2 Pro product as of yet.
I will be working with V2 to try to bring you some kind of discount in the future.
But at $149.99 you are getting a personalized vaporizer a loose leaf vaporizer and wax vaporizer, that is a steal !
Click Here it will take you to V2 Official Website

Replace this content with your own content. Content should be relevant, unique and written with the goal of providing the reader the type of information they are looking for while motivating them to take action.

Replace this content with your own content. Content should be relevant, unique and written with the goal of providing the reader the type of information they are looking for while motivating them to take action.